Worked for nearly 100 years — initially for gold — this mine would later produce manganese.

The Purple Pansy is a historic gold, copper, and manganese mine located in the northern Big Horn Mountains 13 miles southeast of Aguila. The mine site contains numerous different adits worked over a period of nearly 100 years. The Purple Pansy has several alternate names which include the Fugatt, Fortunate, Pump, and Blue Hope Mines. The numerous mines & confusing written history make understanding this site chaotic to say the least.

Prospecting in the area began as early as 1865. Mexican prospectors initially worked the area. Later a ‘Mr. Pump’, the namesake of the mine, would re-work the original prospects. The ore was processed via an arrastra but remained an extremely small operation.

Additional claims were established in around 1916 when the area was brought back to life. The mine was worked on and off throughout WWI and into the 1920s. The property was purchased by the Fortunate Fields Mining Company who worked the area more commercially at this point. A small gasoline hoist, pump, and compressor were used to operate equipment in the mine. Water was in short supply and often a limiting factor of the success up to this point. A 10 stamp mill was used to process the gold, copper, and silver ore that was pulled out of the ground. Concentrator tables further refined ore on site. Workings included numerous shafts (the longest of which was a 320’ shaft), several drift tunnels, and other prospect pits. Around 5-6 people lived and worked at the mine at this time. The miners lived in tent houses and had access to an on-site blacksmith shop. Other employees included muckers and a road construction crew.

Through the late 1930s, the Pump Mine/Purple Pansy Mine was worked with modest results, pulling out a few thousand dollars worth of gold & copper the deeper they worked.  The mine would fade and remain quiet until the 1950s when it was reworked for another mineral -- manganese.

The area surrounding the Purple Pansy, with its volcanics and faulting, led to the commercial mining of manganese oxides. The basalt rocks, coated with this purple-hue (known as Green Gulch Volcanics) would see much greater success than the former Pump Mine. With the Ambrosia Mining Company operating this property and others in the area, ore was originally shipped to Wendon for processing. With only about 9% ore recovery, a closer mill was needed to make the process more profitable. A mill site was constructed south of Aguila and would become known as Ambrosia Mill. Over 900,000 tons of manganese ore would be pulled from the Purple Pansy and Blue Hope quarries just south of the original mine site. Up to 22 people lived and worked in the area at the time.

Through the 1960s, the mill was fed reliable ore and would process 400-500 tons per day. The ore played out in the following years and the mill was soon shut down sometime by 1970, forcing the mines to also be abandoned. Most equipment was removed.

Interestingly enough, in 2016, the Purple Pansy claims were sold on Ebay for just over $2,200. It is unclear what the future holds for the area. It doesn’t appear to have changed at all in the three years since. Numerous shafts, the blacksmith shop/tool shed, concrete tanks, small leaching pond, and several concrete foundations remain on site today. While the shafts look like they are in pretty rough shape, the surface ruins make this an interesting visit. About ¾ of a mile from the mine site sits the remains of the Blue Hope quarry. Waste rocks remain strewn about the surrounding landscape.

The Purple Pansy is about 4 miles east of Eagle Eye Road and Ambrosia Mill. Little Horn Peak Road goes east and than lesser trails will take you south to the mine site. The road is a bit rough and high-clearance is recommended if you’re going to make the drive out. Numerous other trails and mines in the area allow for additional exploring. 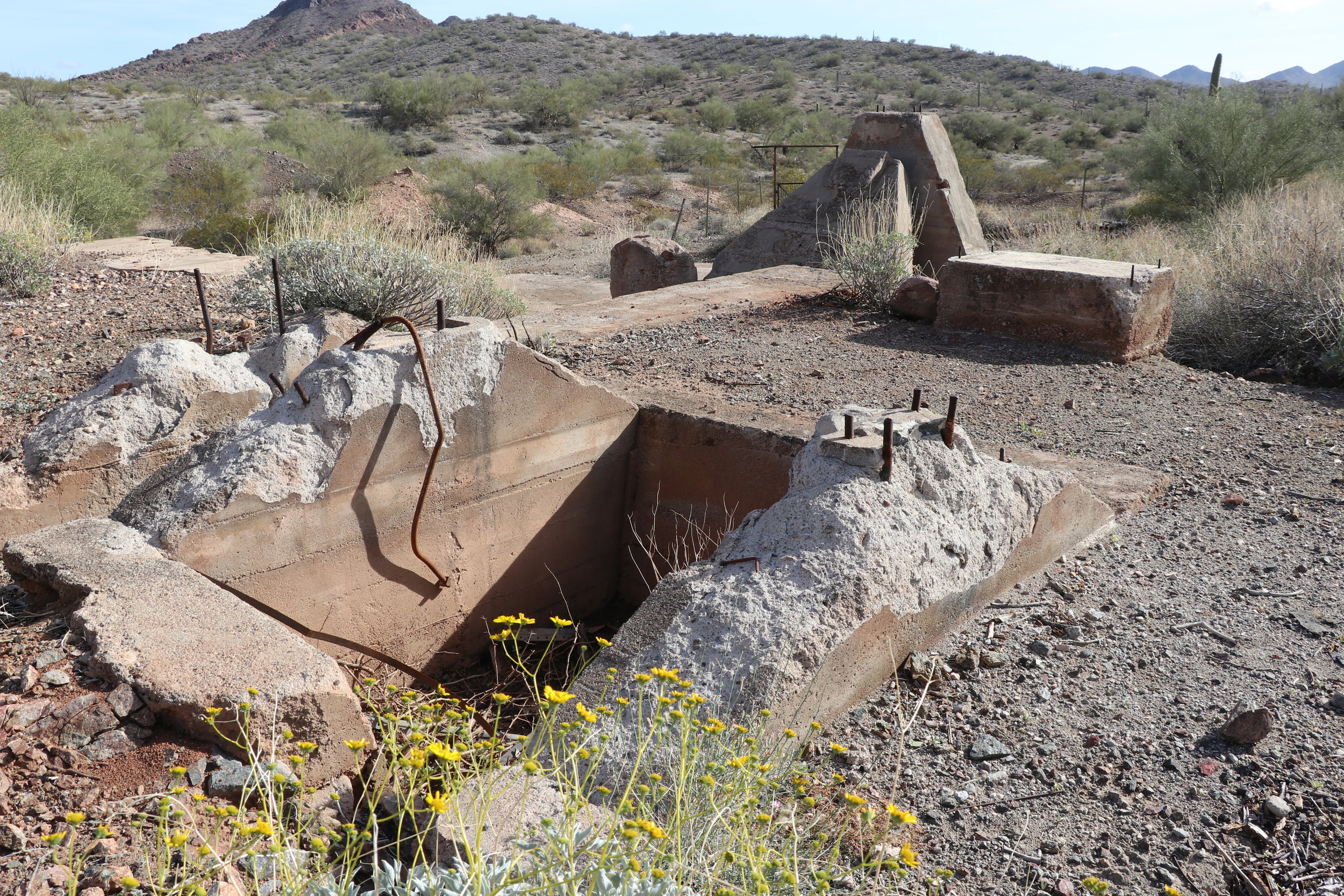 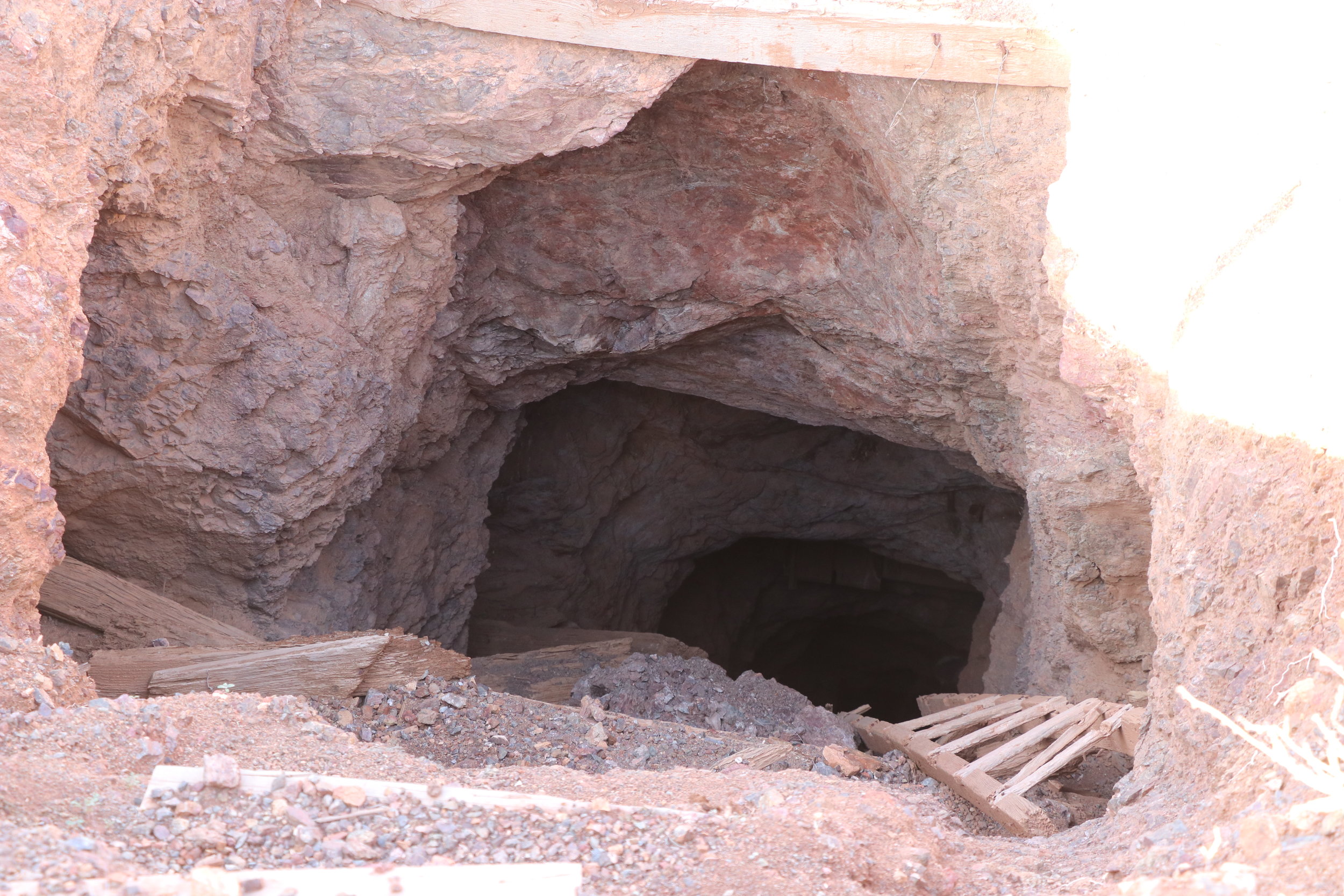 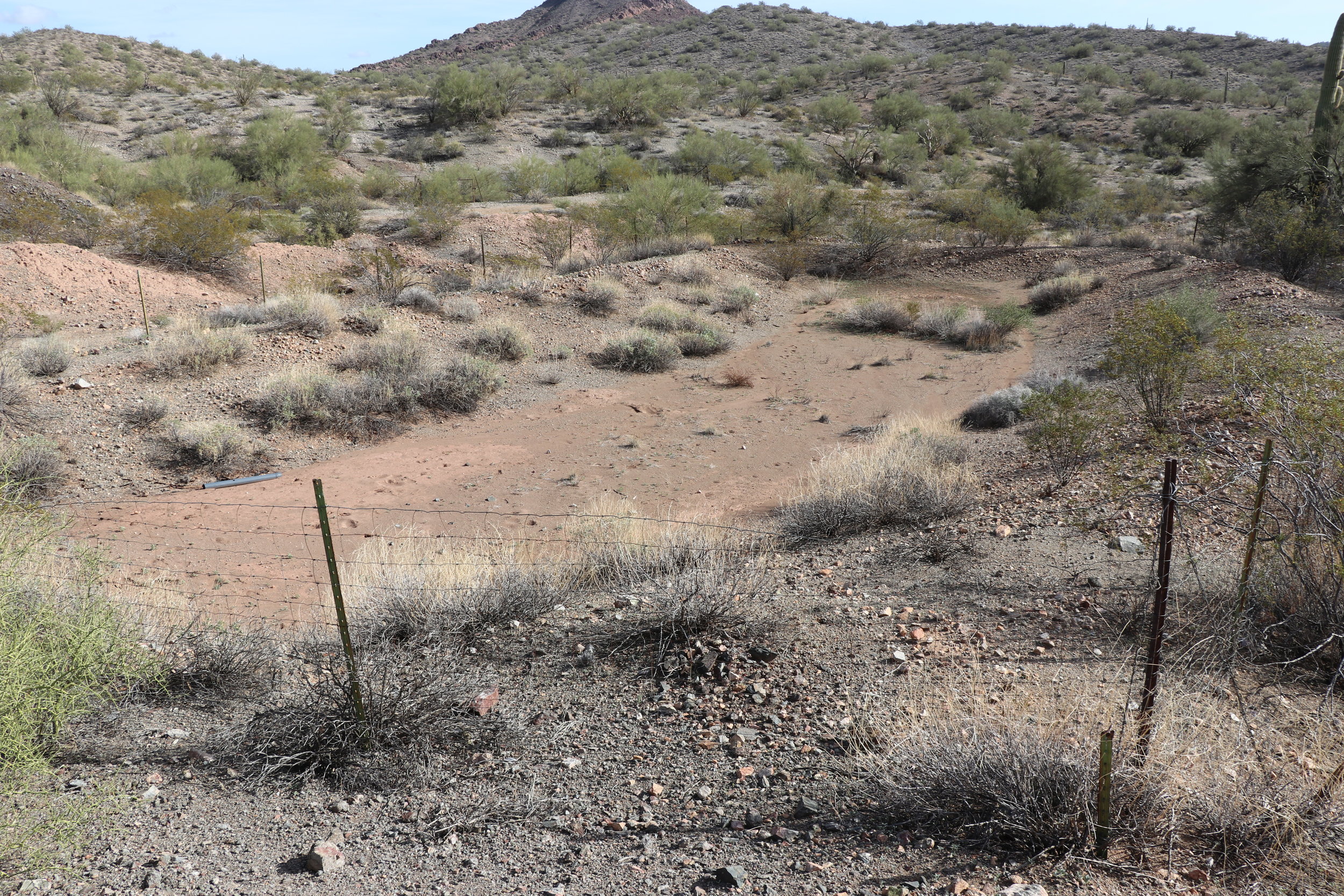 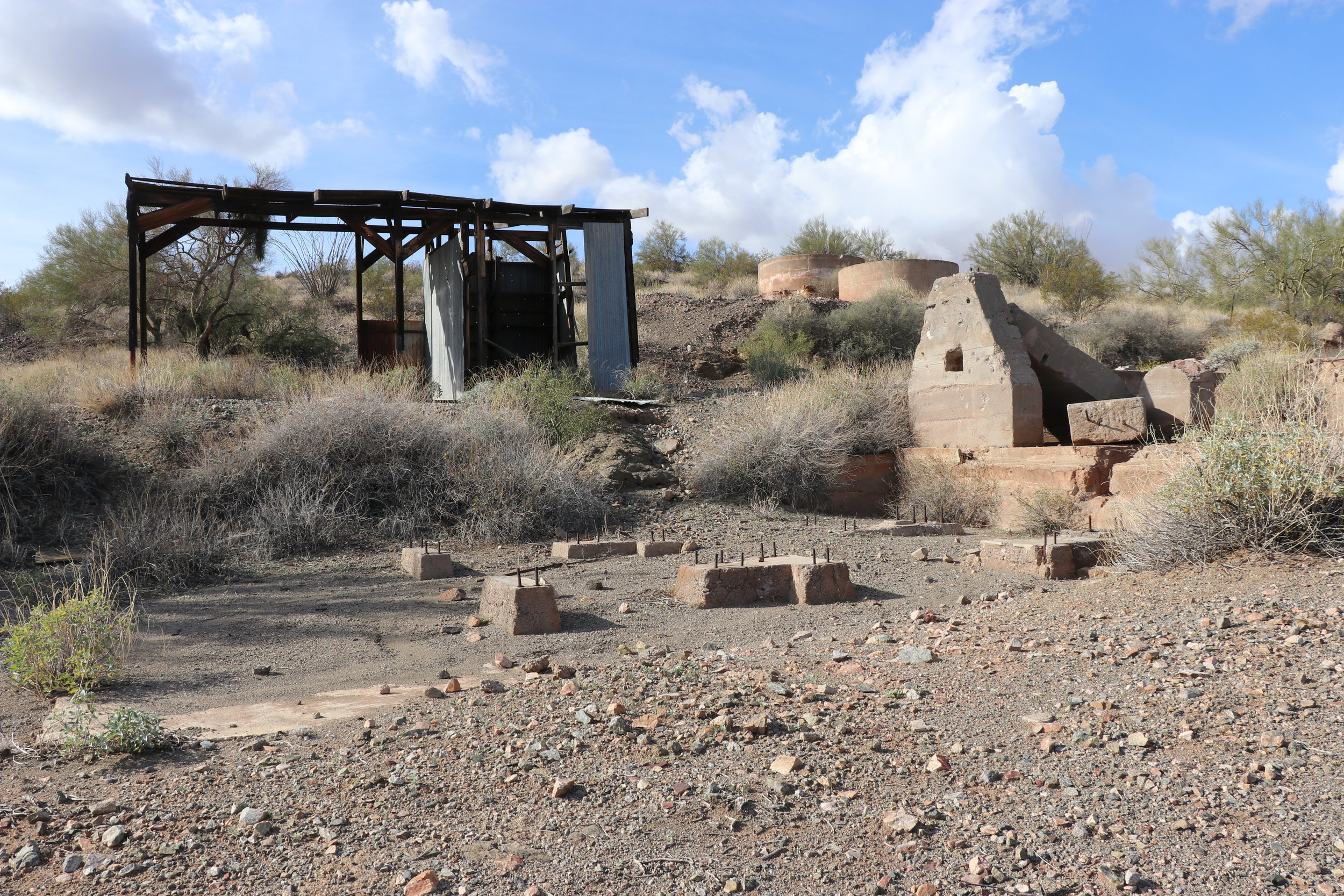 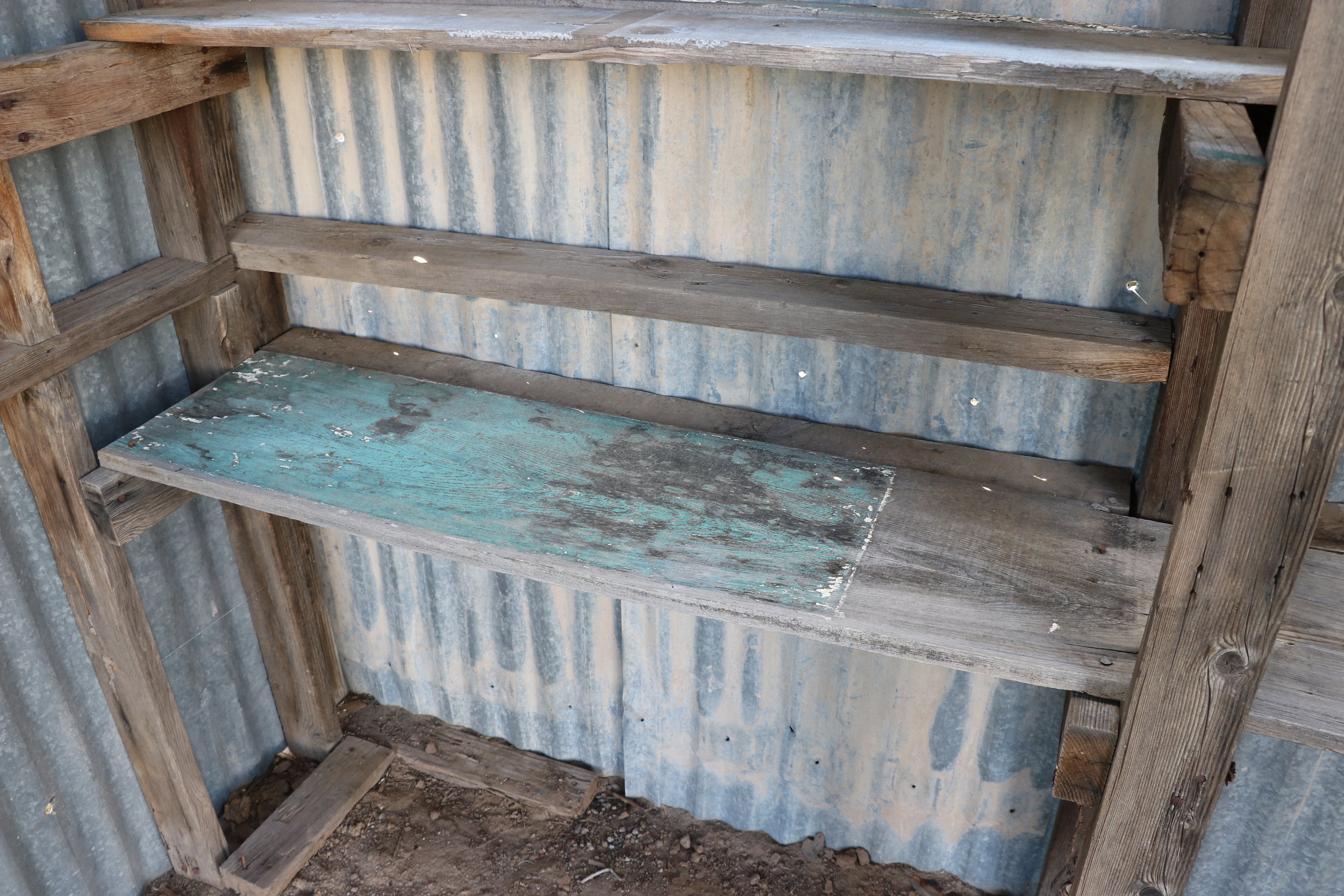 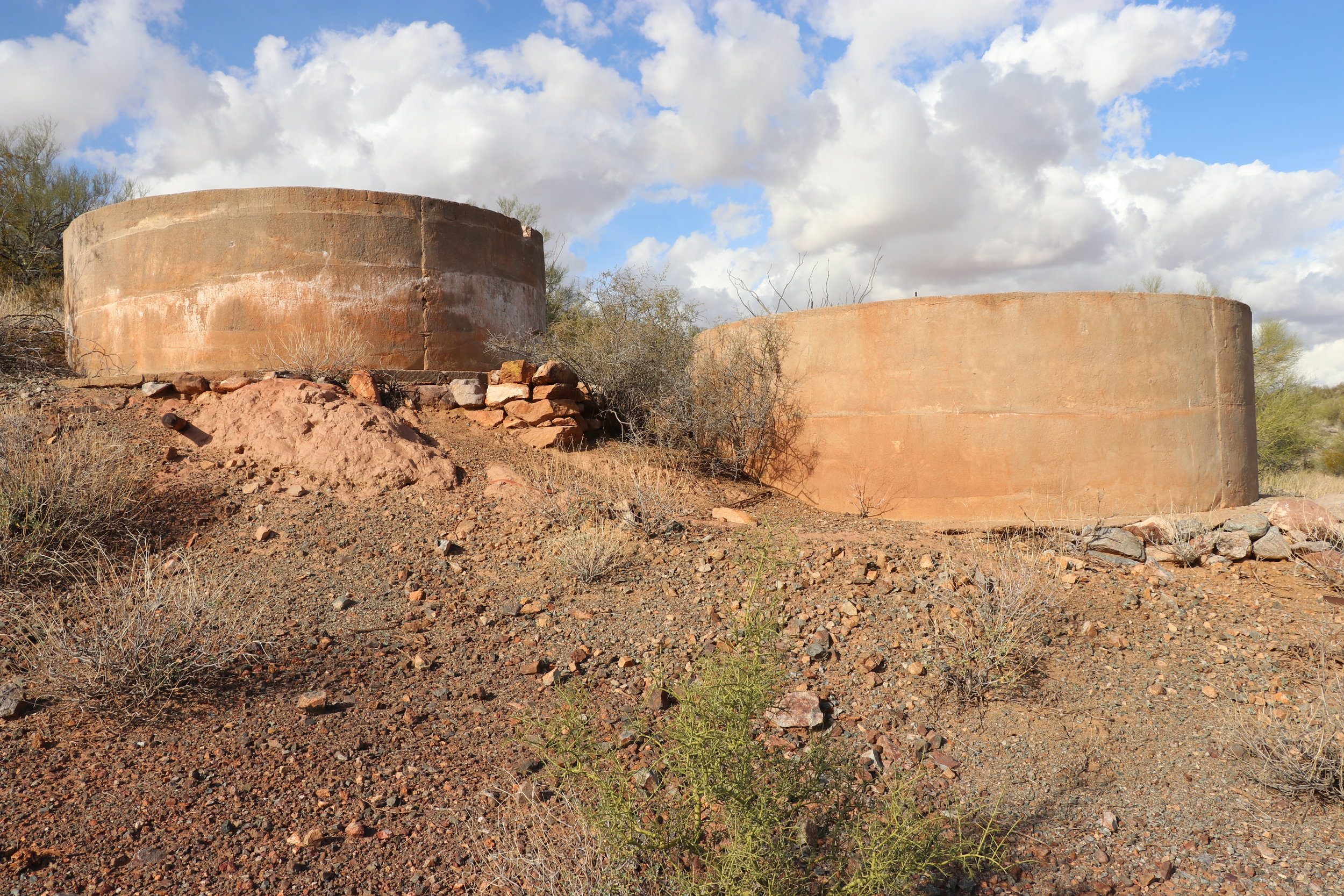 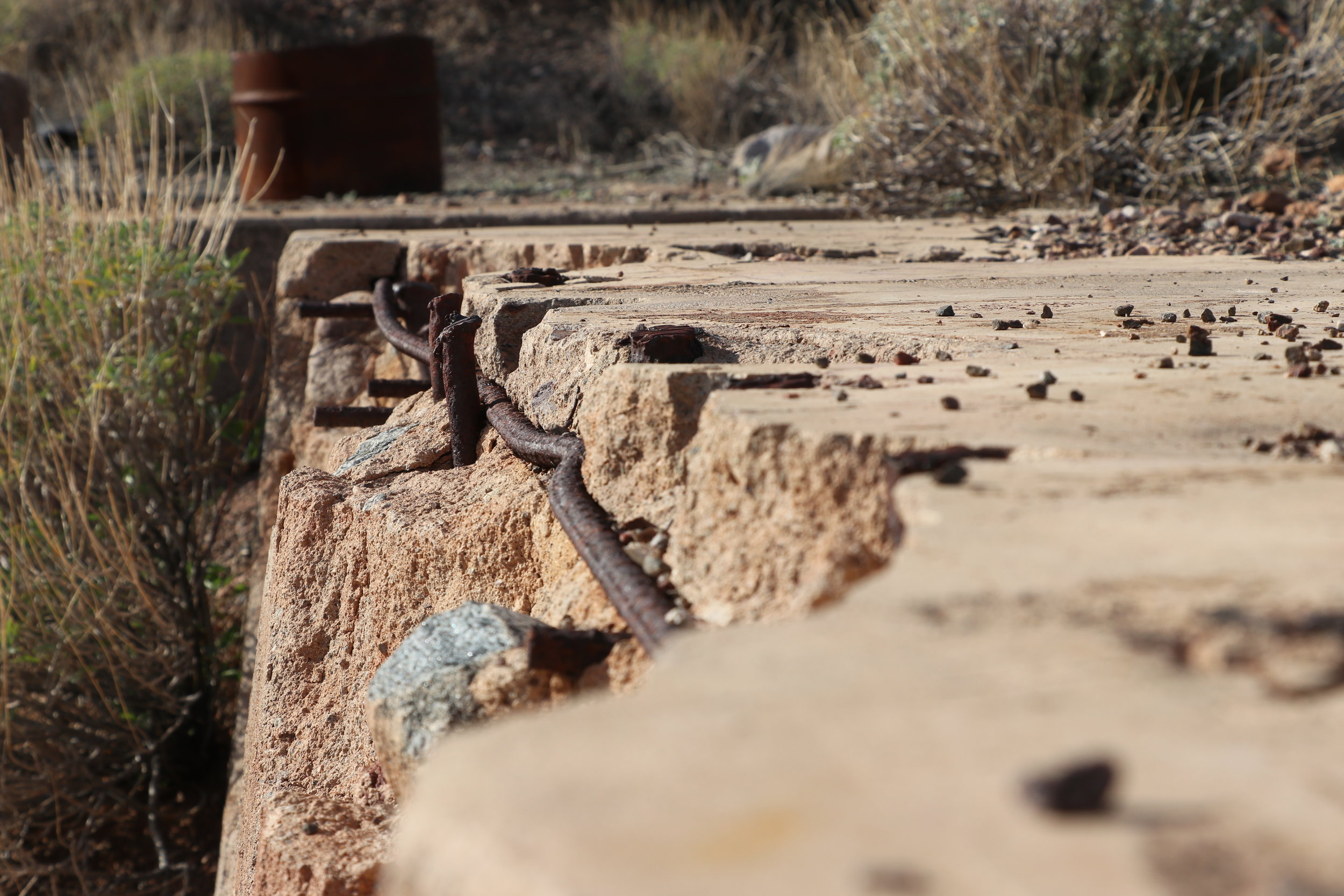 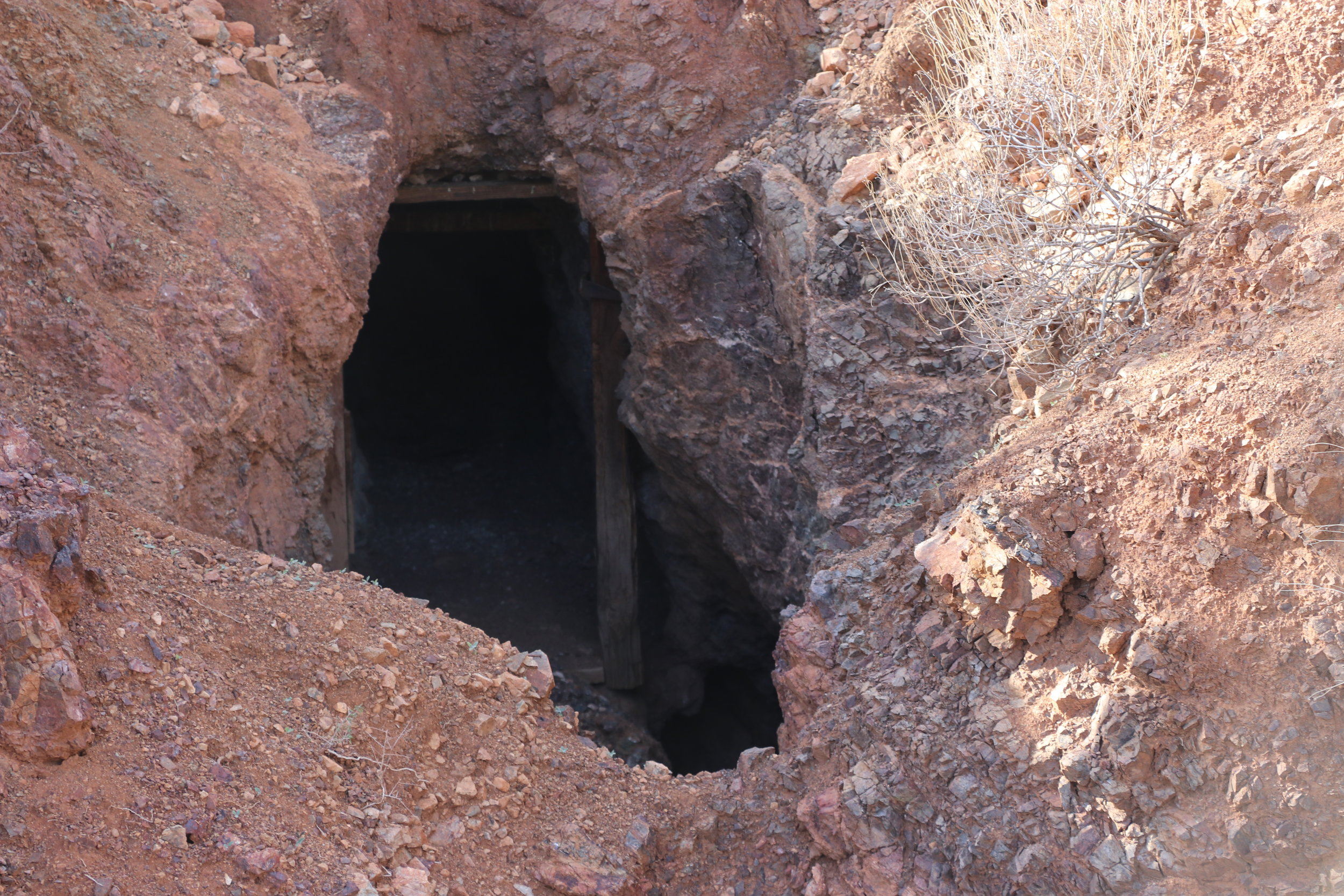 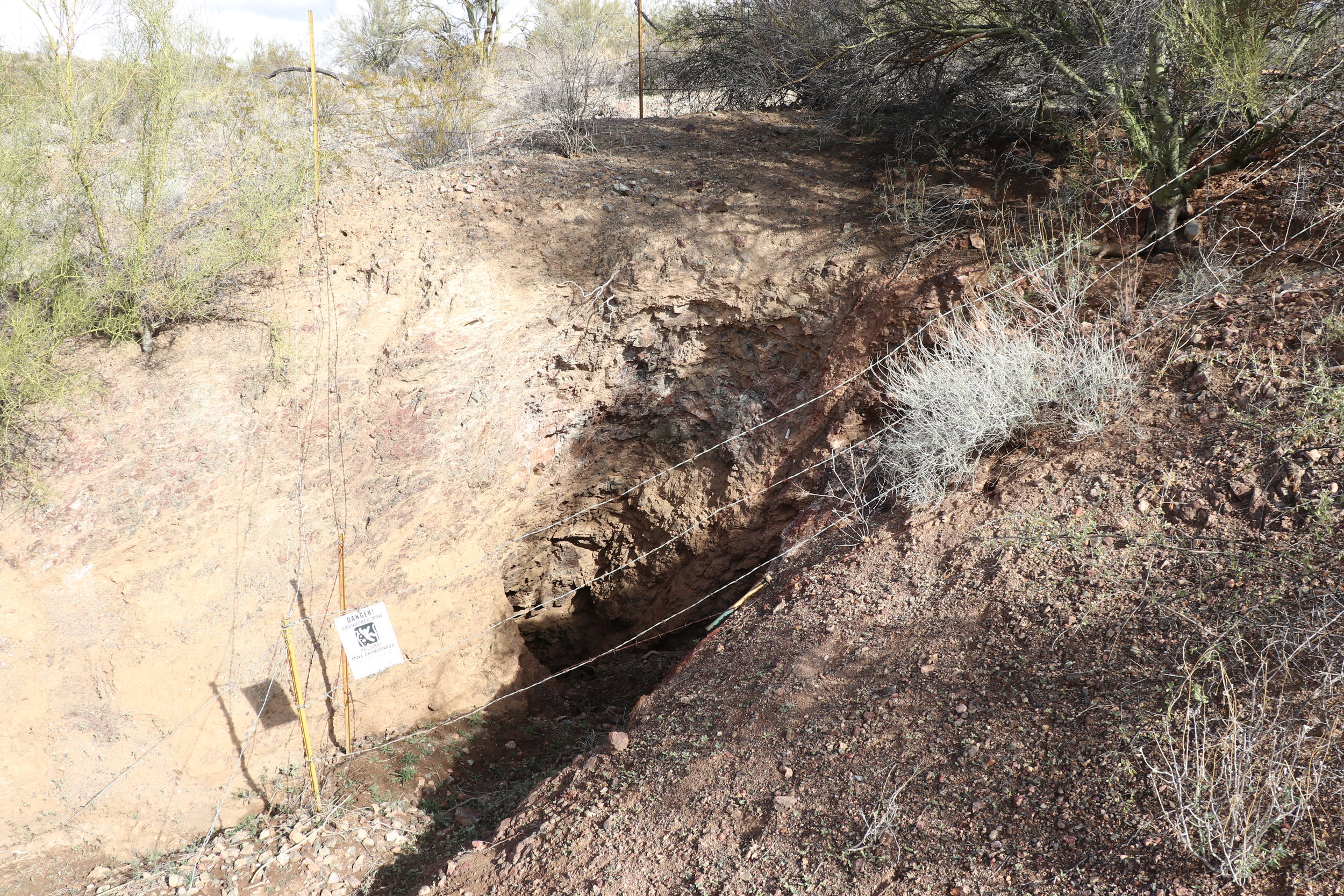 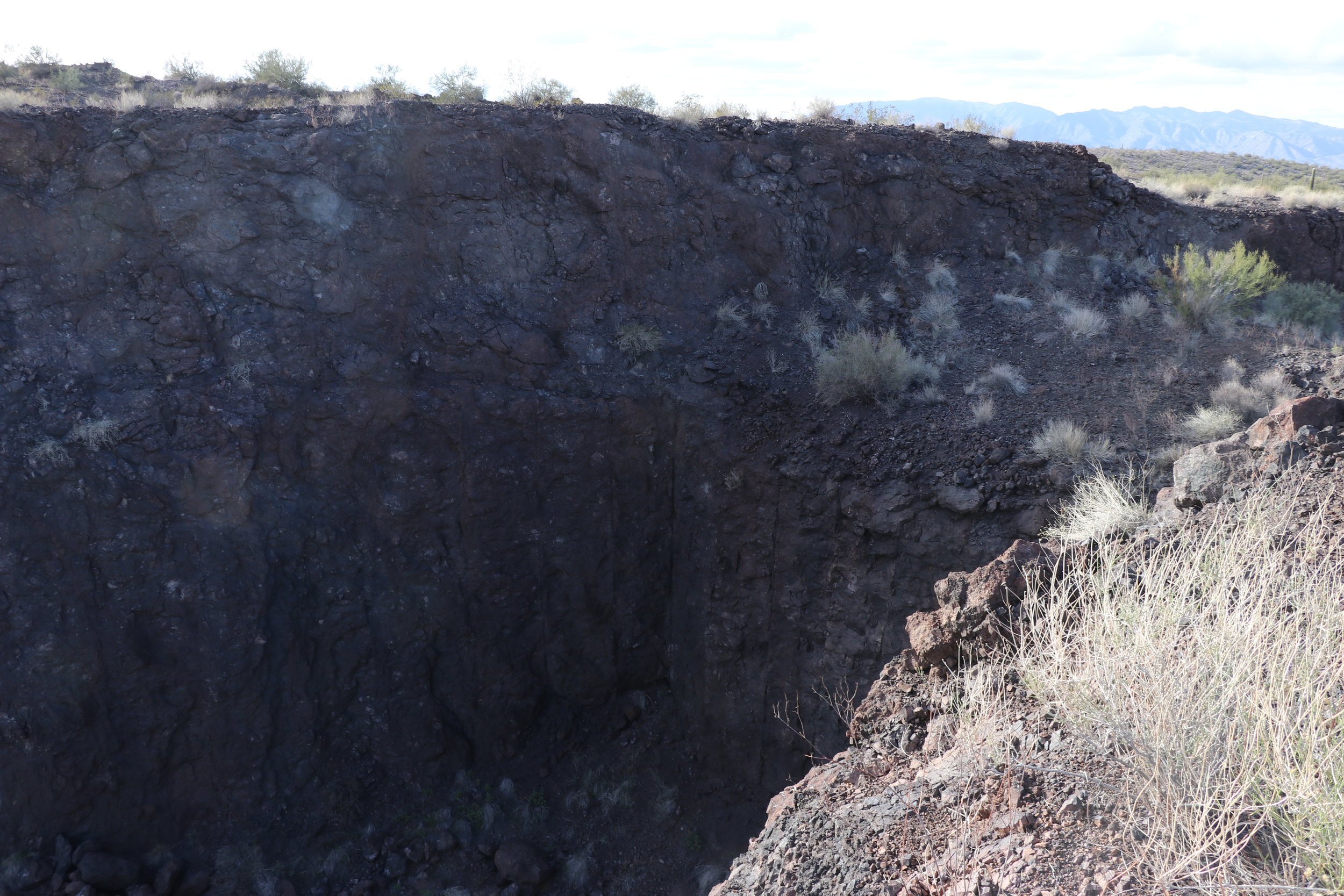